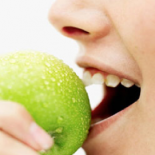 Thoughts about hr and management in the real world – extra information I couldn't fit in my books!.

How many NZ CEO’s have worked in HR?

This is a bit of a different blog for me. I decided to do some big data (or perhaps it’s only medium sized).

After I co-blogged with Richard Westney on why CEO’s prefer blondes, it seemed to spark a chain reaction. Amanda Sterling wrote about just because I’m young and quiet, doesn’t mean I’m stupid and David D’Souza blogged on the Sexy Women of HR. Many comments and discussions ensured. All this from wondering about whether CEO’s really get what HR can do and are they hiring the right people to deliver.

Could part of the issue be none of them have ever worked in HR or managed an HR function (even at an exec level?).  I decided to look into the top 50 NZX companies CEO’s and see if I could find the answer.

I looked at a number of things:

This analysis was conducted from publicly available information. I was interested to find that I had a 2nd and 3rd connection on LinkedIn with many of the CEO’s so could check there (although some weren’t on LinkedIn). I have only personally worked with two of these CEO’s. One company had no information on it’s CEO so the figures you’ll see add up to 49.

I stopped with the gender comparison once I had all the names. There was only one woman on the list and she was retiring this month. So 100% men. Good start.

Next up, have any of them worked in HR?

Not that I could see. Or in the words of the NZ rapper Scribe: Not many, if any.

It was possible that a couple of them had been in exec level roles that had HR reporting to them. The only CEO I know of who has been an HR person is Barbara Chapman, CEO of ASB who was Head of HR for CBA. But ASB weren’t on my list. So it was a zero there.

Then I looked at the qualifications and background and there were some surprises.

Not all CEO’s were accountants. It still won the race (11 CEO’s), but close behind were the engineers (9 CEO’s). 4 had law degrees and 6 had business/commerce. Many didn’t any qualifications listed (16 CEO’s). Does this mean they never attended university? Or just went somewhere so awful they’re embarrassed to admit it? Interestingly some of the most successful CEO’s in the world never finished their university degree (Steve Jobs for one).

Of those that had a qualification I could find: 20 had an undergrad degree, 11 had their Masters and 2 a PhD.

I was expecting that CEO’s would have worked across a number of industries to have built excellent business acumen, but actually that wasn’t the case at all. 37 had worked in ONE industry only for all their careers, 9 had a mix and 2 I couldn’t find enough about their background to tell. That’s 75% who have been in the same industry sometimes for 35 years or more.

I also thought that having a mix of companies that you’ve worked for would be key. I was wrong.

So what does all this mean?

To be a CEO it appears your best chances are to be a man. You’ll need to have worked in the same industry for your whole life and it helps if you’ve worked at one company for at least 10 years at some stage in your career. Having a bachelors in Accounting or Engineering is best. You’ll come from having worked in operational general management roles. Having worked in HR is irrelevant.

Perhaps that why CEO’s aren’t employing the right people for senior HR roles – because they’ve never experienced what it’s about.

At Elephant we’re trying to change that, starting with our HR Game Changer conference. If you want to transform HR, make sure you check it out. And one day, not only will we have more women on the list, but let’s hope we’ll have some CEO’s who have an HR background. Rather than not many, if any.

5 comments on “How many NZ CEO’s have worked in HR?”

This entry was posted on April 27, 2014 by angelaatkins in Uncategorized and tagged CEO's, game changer, HR.

I've worked in HR and learning for over 20 years. In 2006 I co-founded Elephant Group which is now a global training company. I'm also the best selling author of the Bites book and write many articles as well as my blog!